FS house works in two apparently independent volumes, being connected only by the entrance space. As it located in a space with several constraints, the allowed implantation area was reduced, there so it was imperative that the relationship between spaces did not result in a waste of circulating area, creating more fluidity between spaces while maximizing the useful area. Then we decided to clearly separate the social area and the private area into two volumes, with an intersection in the middle defining the hall.

Taking advantage of the solar orientation and the position of the Sintra’s mountains in the south/west landscape, the social volume is completely oriented in this direction. The Livingroom works as a open space, being connected with the kitchen, separated only by the dining area, taking advantage of the sun exposure and outdoor space, creating a better interior-exterior relationship through a large window. To create a more spacious place it has a double height ceiling.

In the more private volume, the spaces are more enclosed; there are two simple bedrooms, a master suite and two bathrooms. Here the ceiling height is lower than the rest of the house, suggesting a more pleasant space, making the areas more proportional. In volumetric terms, it was decided to assume the volumes with a roof referring to the traditional constructions. The volume of the social zone is asymmetric, giving more dynamism to the construction. In order to break the geometry, we added two patios and garden areas that contribute to the integration of the building in the surrounding, softening its impact.

The shadows caused by the volume of the building and the relationship between the two volumes, as well the materiality with texture, allows the building to integrate perfectly in the environment, contributing to the qualification of the street. 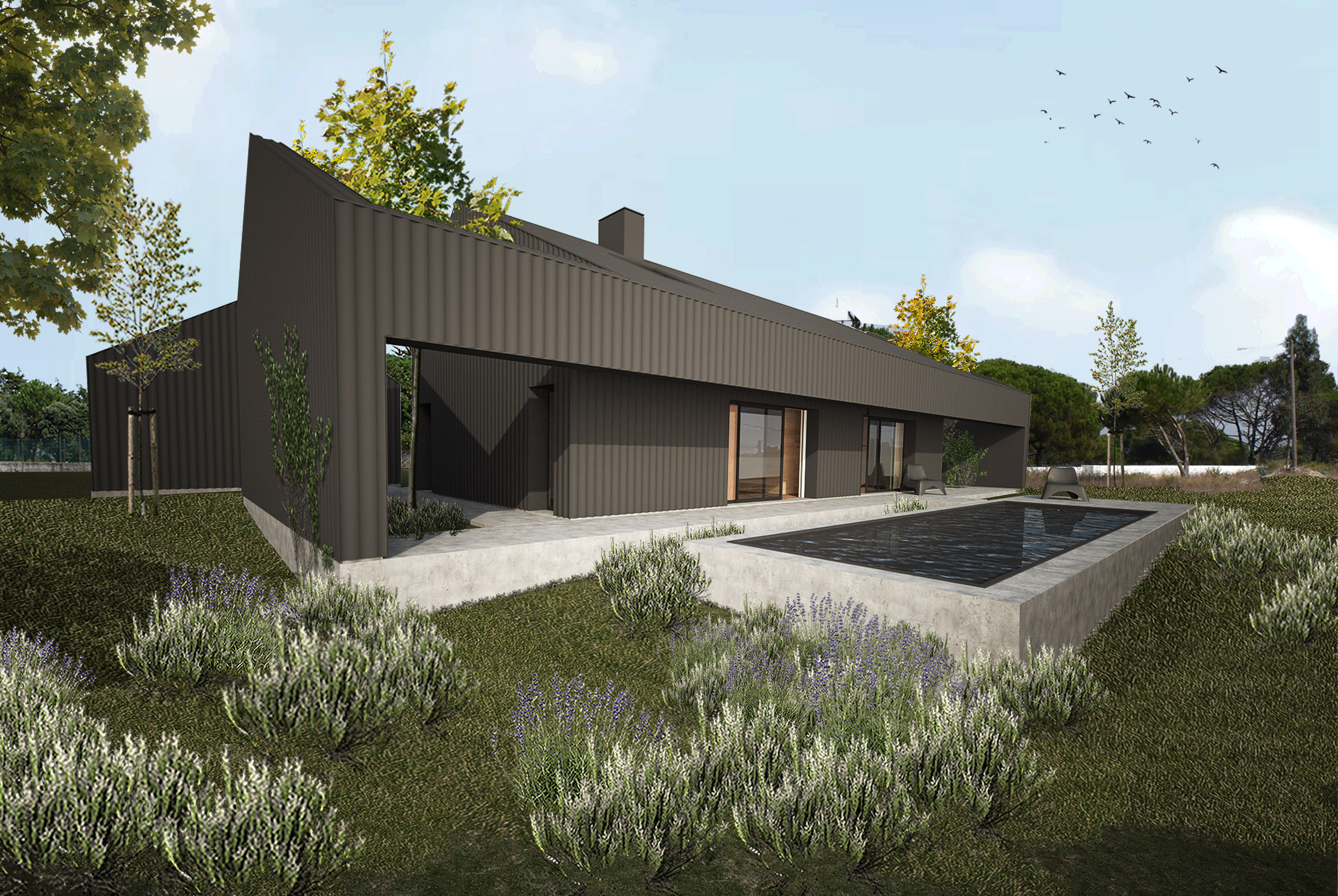 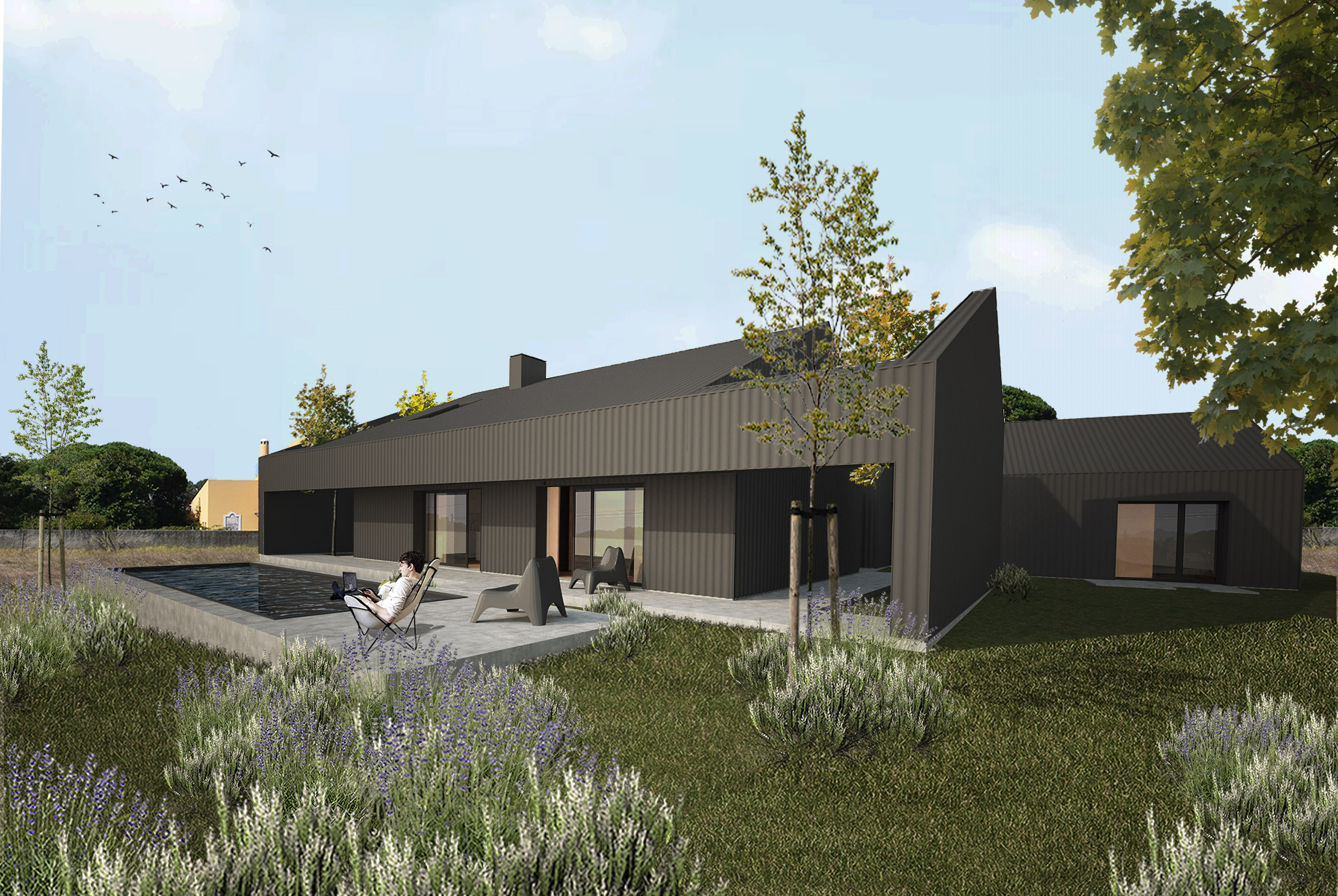 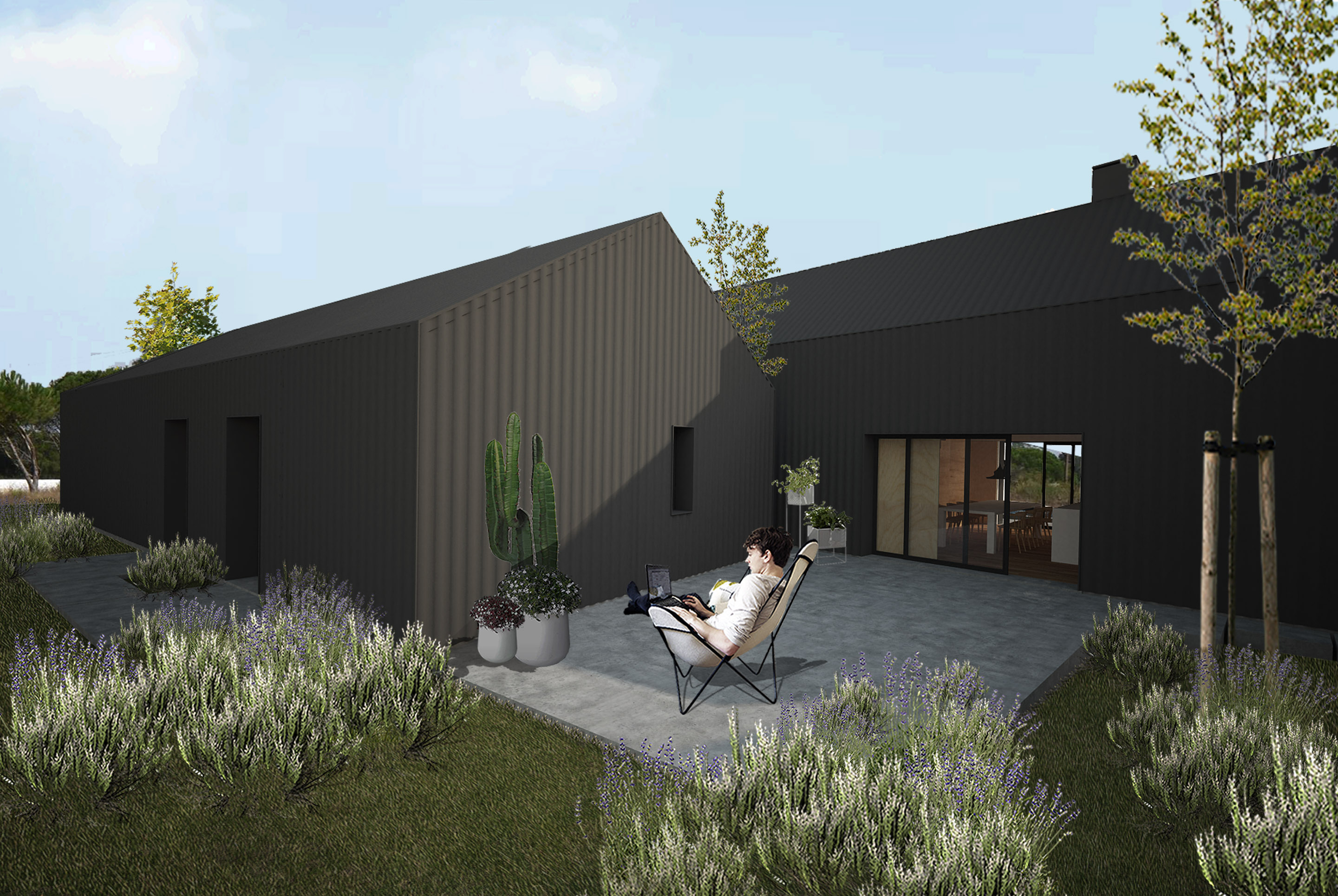 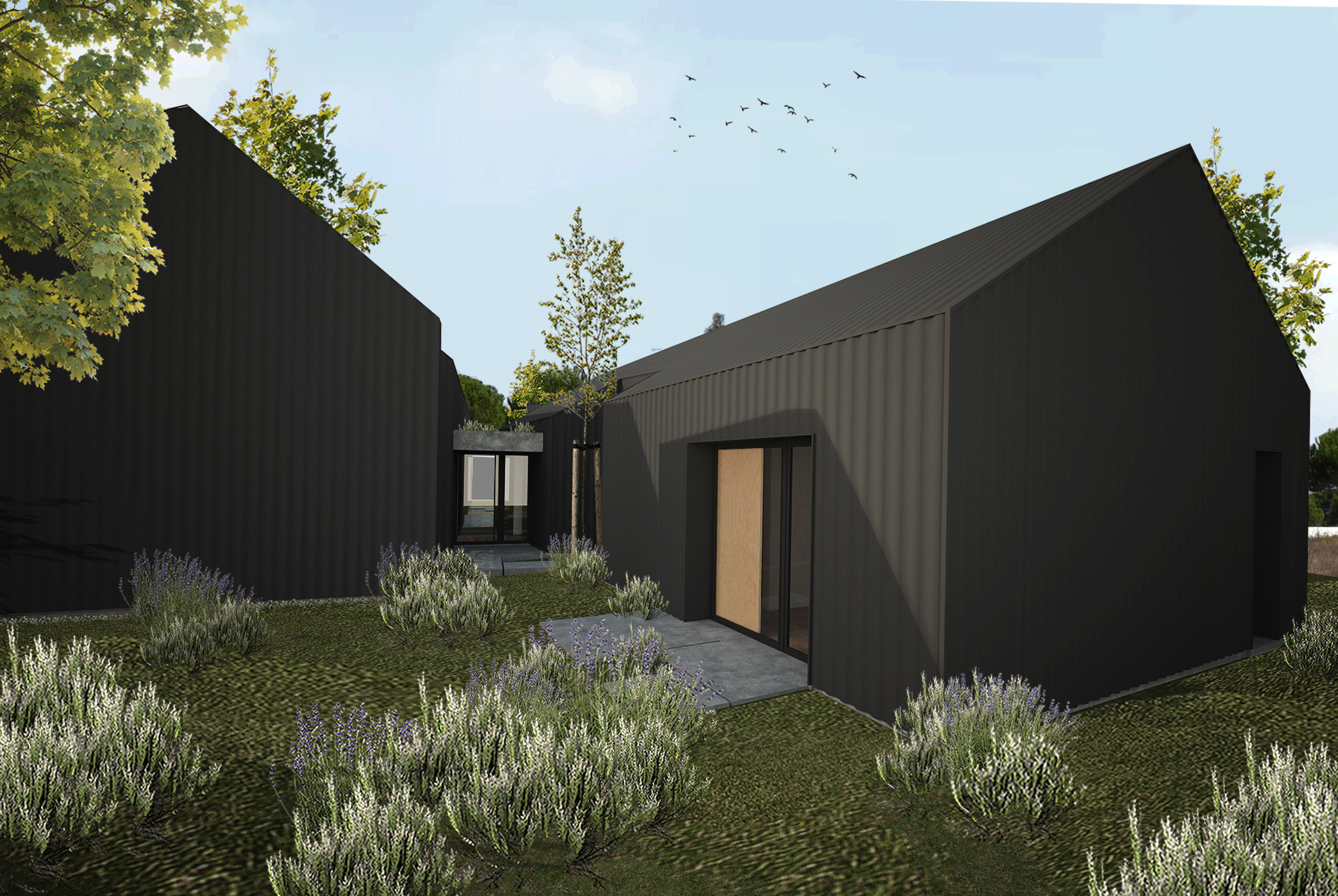