The proposal is characterized by the respect for the morphology and scale of the place, was also designed with materials that age naturally, giving personality to the project.

The façade is composed by two levels that are clearly distinct, allowing the concrete foundation to appear heavier and dense, assuming the real volume. By opposition, the plat band and the upper volumes are withe and light, as an assumed cover that sometimes projects on the basement, creating covered spaces.

Connected with the concrete, there are two wood volumes that connects with the interior, attenuating the interior/exterior dichotomy and becoming space generators themselves. These volumes have the same stereotomy as the apparent concrete, relating the two materials. From time to time, the wood turns into sliding shutters that allow the ventilation of interior spaces.

Given the confrontations of the place and its orientation, the definition of the program came naturally. The social area assumed itself as the main element that organizes the house. It opens fully to the west, with an outdoor living space overlooking the landscape. This area also has a double height ceiling, with a zenith light entrance. It is also facing south and has a slatted outer shutter that gives a filtered light to the space, turning it more comfortable and welcoming. At least, the private area, consisting of two bedrooms and 1 suite, extends north in order to take advantage of more privacy. 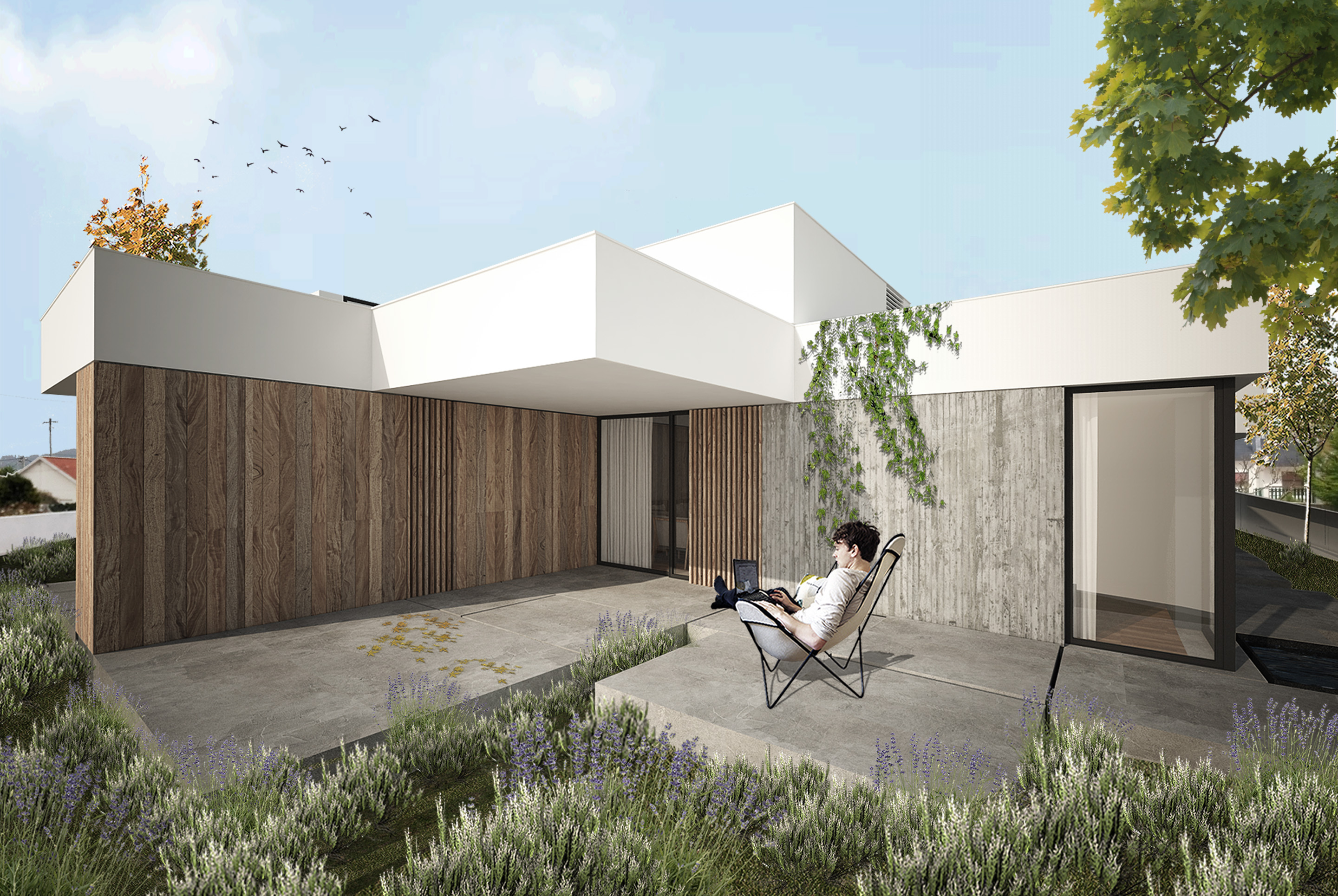 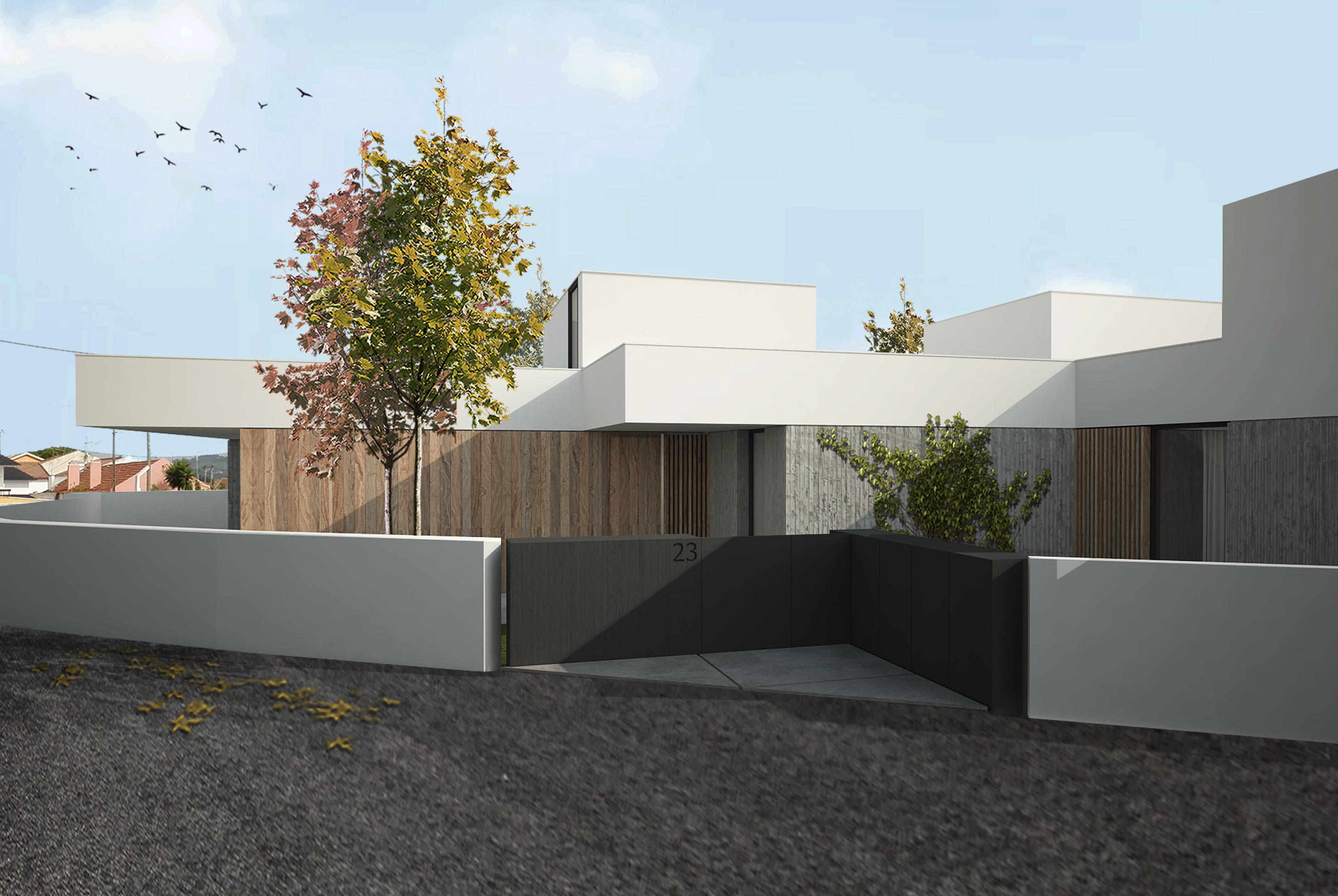 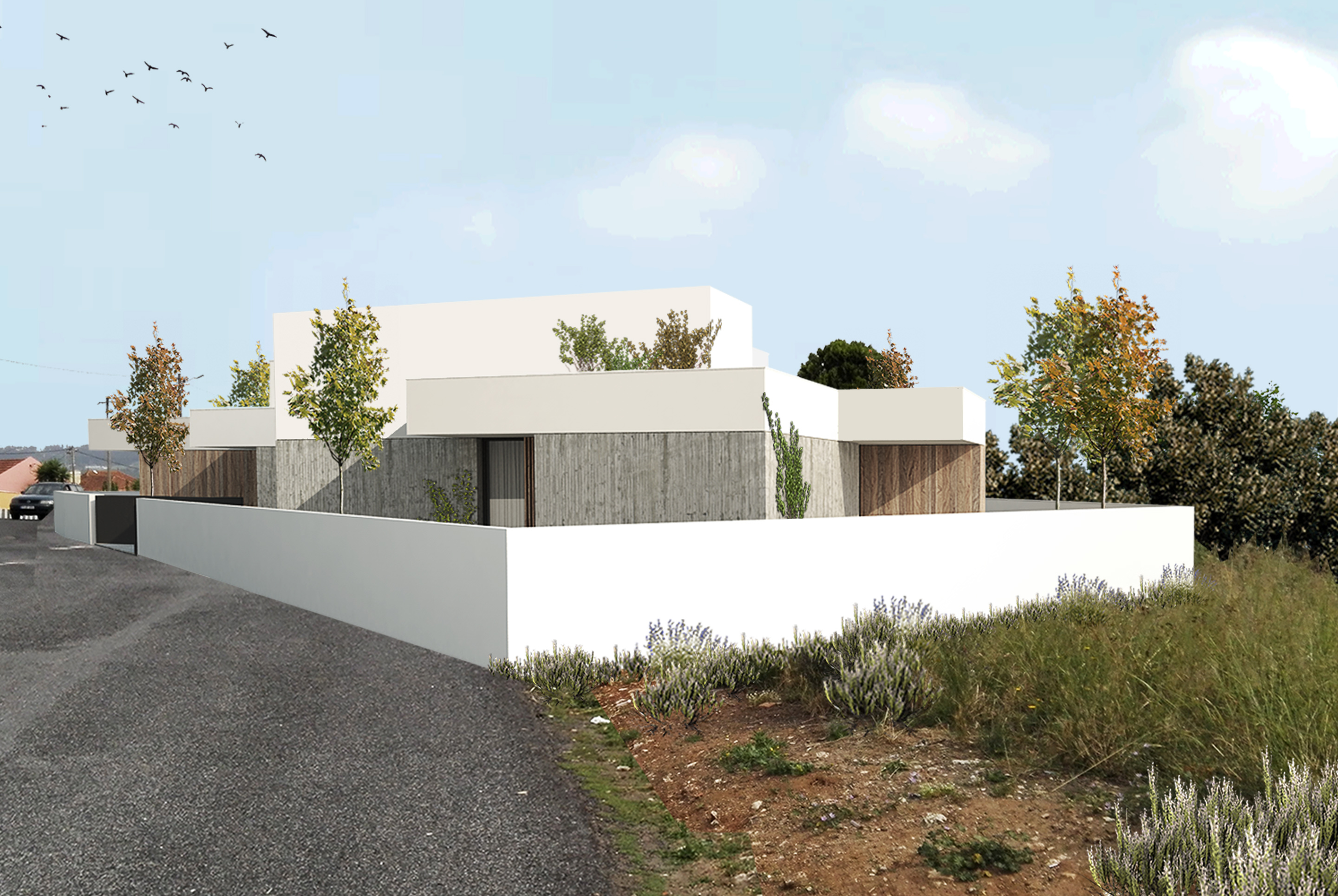