Marked by the symbiosis between contemporary and vernacular architecture, the proposal appears framed on the hill with low impact. The white of the building refers to the Alentejo’s walls and the use of shale in the floors respects the material traditions and local sustainability. In a second gesture appear the fluid lines that constitute the surroundings, requalifying the public space, with point that invite permanence. Above all, the mortuary house assume itself as a funeral space, with simple architecture that embrace us, where the passages between interior and exterior are smooth, respecting the associated metaphors.

The main arrival takes place in a square that gives us the first clues to the proposal configuration; the contrast between the emptiness and the built, marked by the same lines and directions, visually balances the space. Here is the first moment of approach, with spots of pause and a special moment of contemplation made through the bridge that, between high walls, allows the fascination with the emptiness around. As we arrive to the mortuary house, we are greeted by a subtle framing that allows a slight permeability without ever invading privacy. Inside we find a large and covered (but exterior) atrium that welcomes and permits the conviviality between family and friends, very common in funerals. Here we find wooden slats that helps defining the spaces, protecting a garden that is in the centre of the proposal.

The building works in two volumes connected only by a green-roof, defining the central space while contributing to the cooling of the building. In the semi-buried volume we find the technical areas and the areas with controlled access, here the spaces are endowed with zenith light, marking the moment where the built and the pre-existing meet. In the opposite volume we find the two mortuary rooms that develop over the landscape.

The mortuary rooms have a closed nature, highlighting the space that frames the body with the horizon. The clean walls create the feeling of protection and emphasize the brightly lit landscape, in contract to the shady room, bringing us a soft and melancholy observation. These rooms are divided by a panel system that can be removed when in need of a bigger space. In both situations the body is framed with the centre of the room.

Lastly, the body follows to the cemetery. Although exists the alternative of going by car, the main opcion will always be the manual transport, as is tradition. The cortege crosses the circular garden, among the relocated olive trees, and the body is lifted on the platform to a higher plane, at a very symbolic moment. On the upper plane of the bridge, the cortege is greeted by the family and friends on the square, and then is goes to the cemetery, his last house. 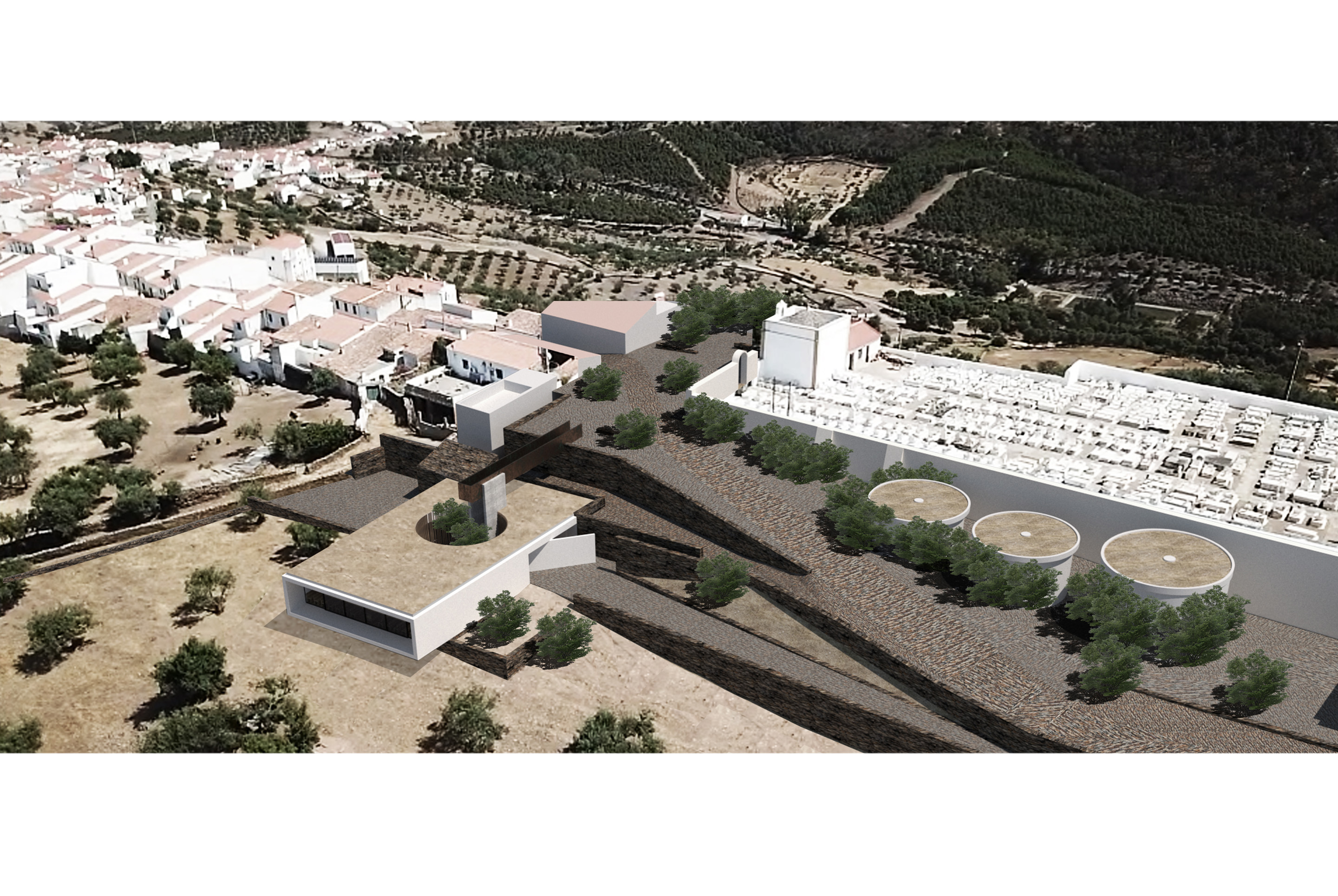 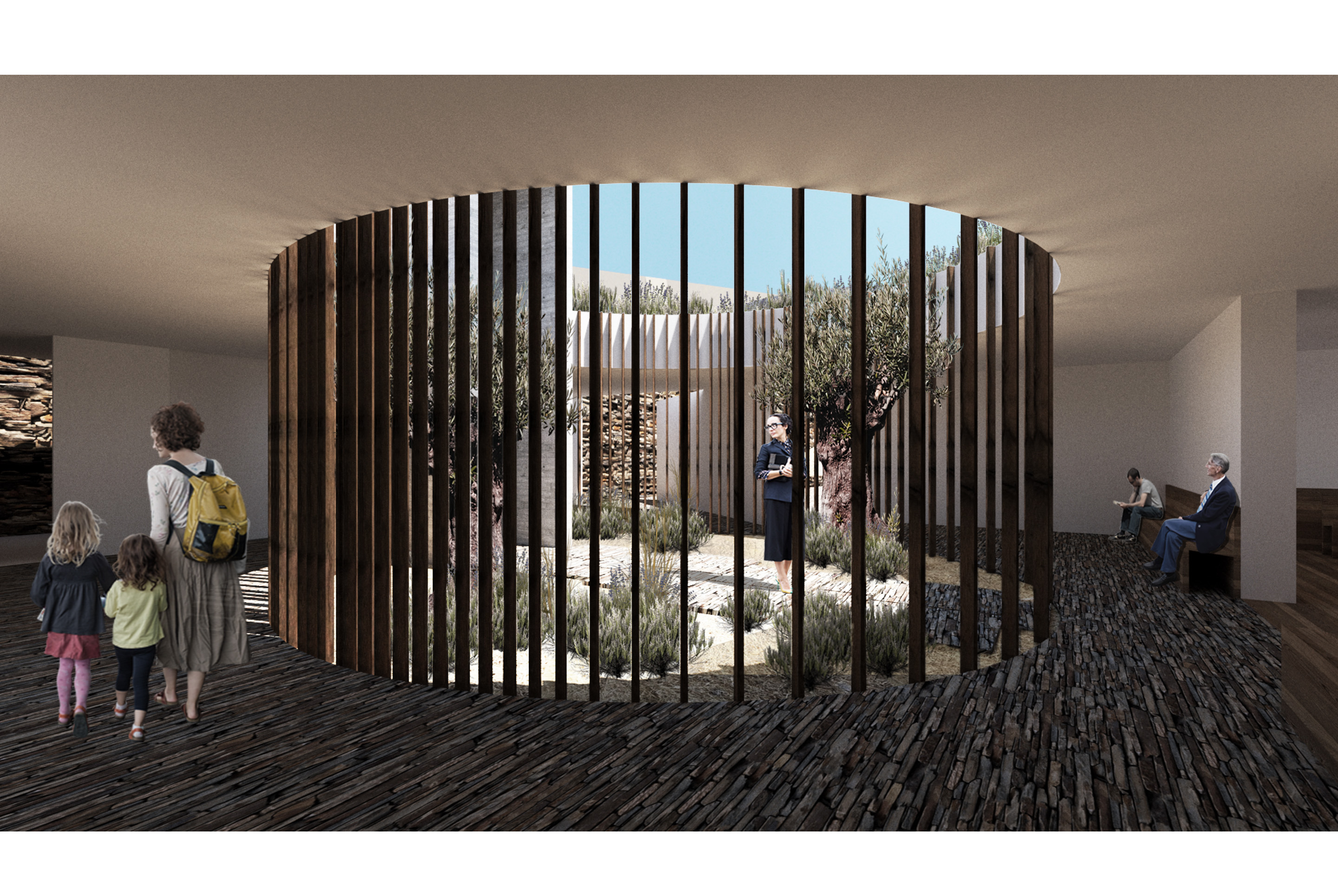