Given the available construction area we chose to create a compact building with minimum circulation use. To this compact volume we removed mass in strategical places in order to create a set of patios that ensure a constant relationship between interior and exterior.

In order to achieve a more uniform volume the pitched roof material equals the smoothness and tone of the rest of the house in one cohesive envelope. The courtyards partially defined with white slats allow visual permeability to the interior and at the same time offer privacy to its users. On a different note these elements create games of light and shadow that change the appearance of the building through the day.

On the interior, the pitched roof allowed for areas with a two-story high ceiling to establish a relationship between the spaces distributed on the two floors. Thus, creating the illusion that there is no such separation.

The implantation was designed in such a way as to make the most of the natural morphology of the land, so that the building can be adapted to it, instead of being imposed.

On the ground floor the exterior courtyards serve as extensions of the interior living spaces, increasing their amplitude and inviting their use. 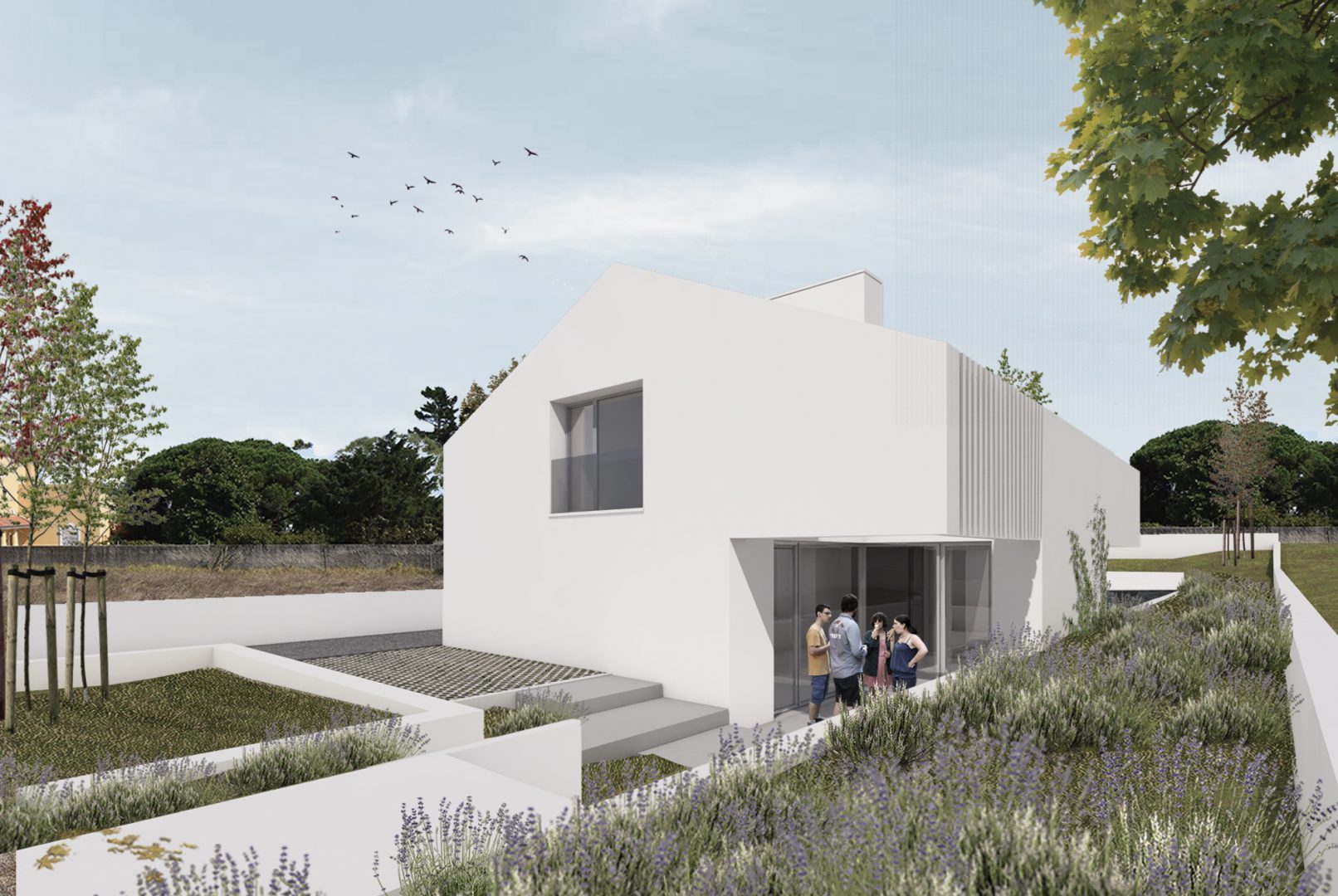 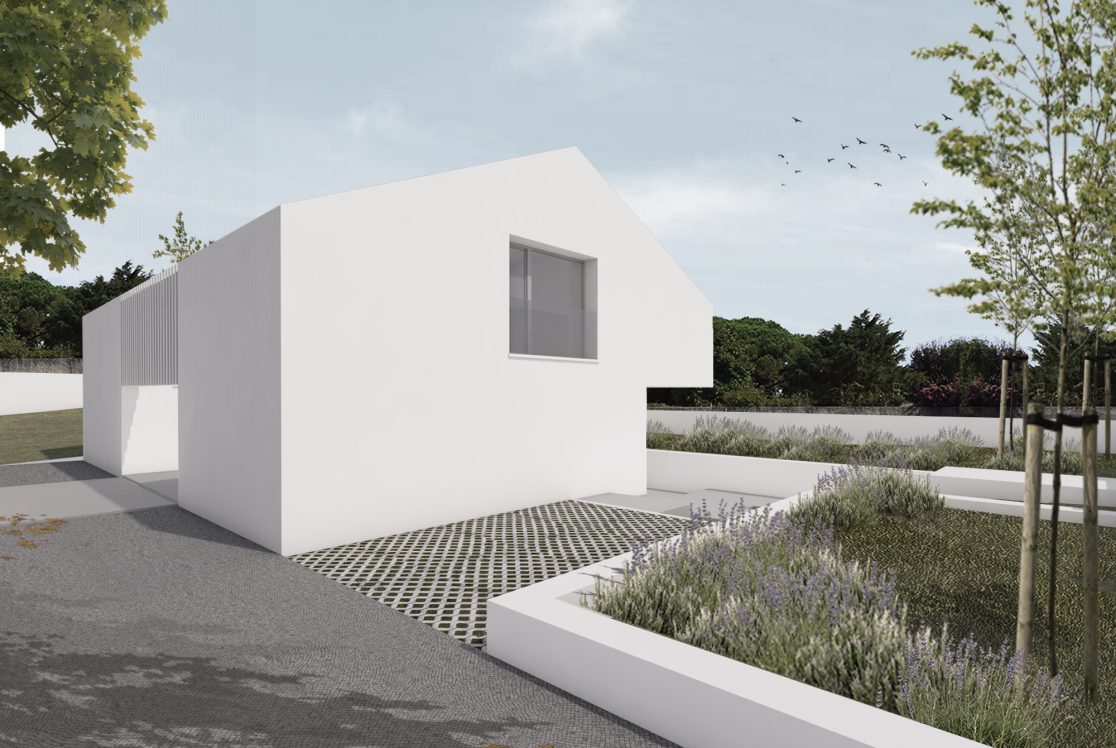 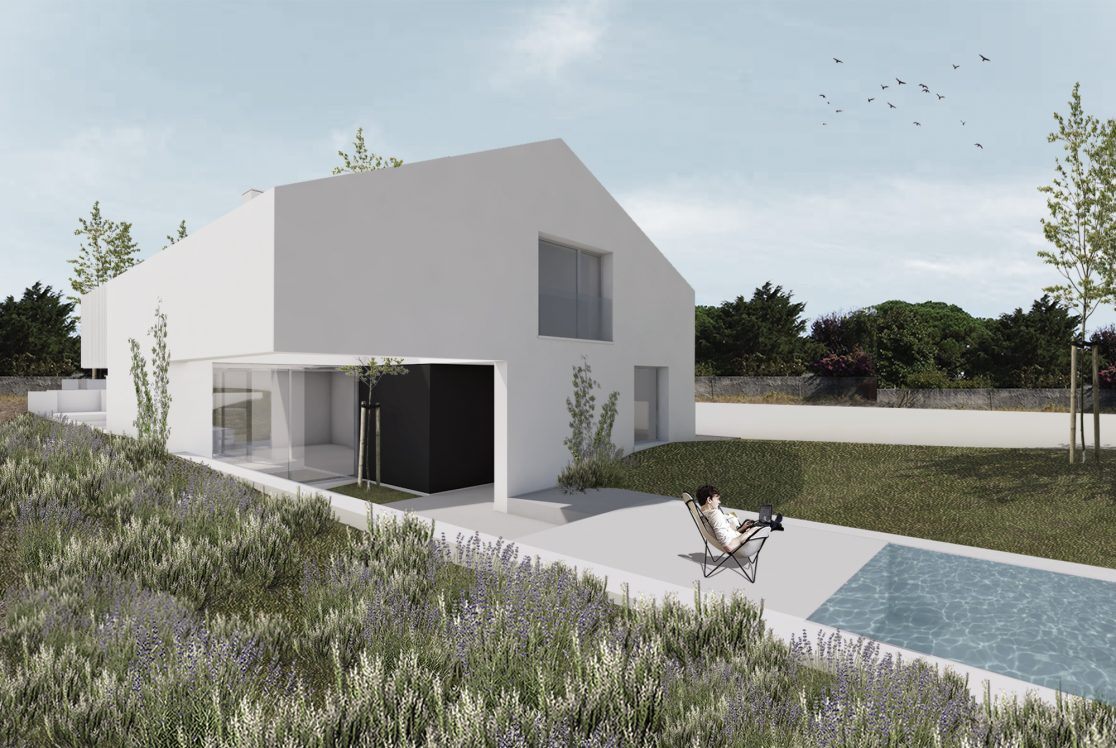 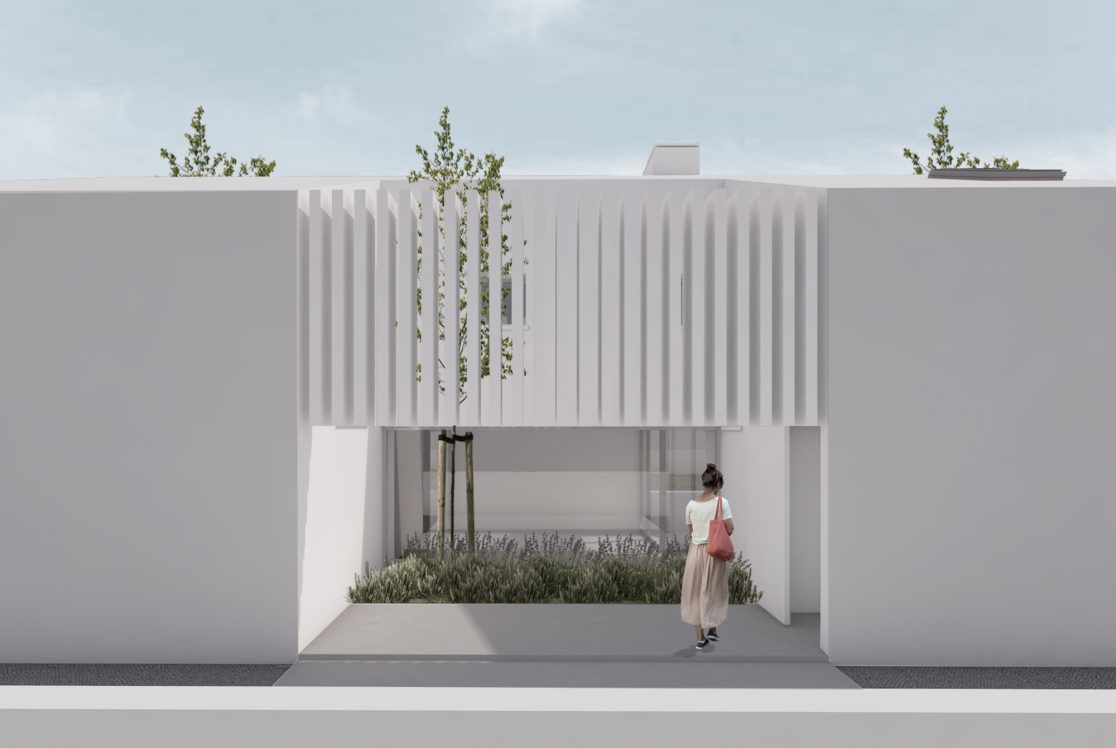 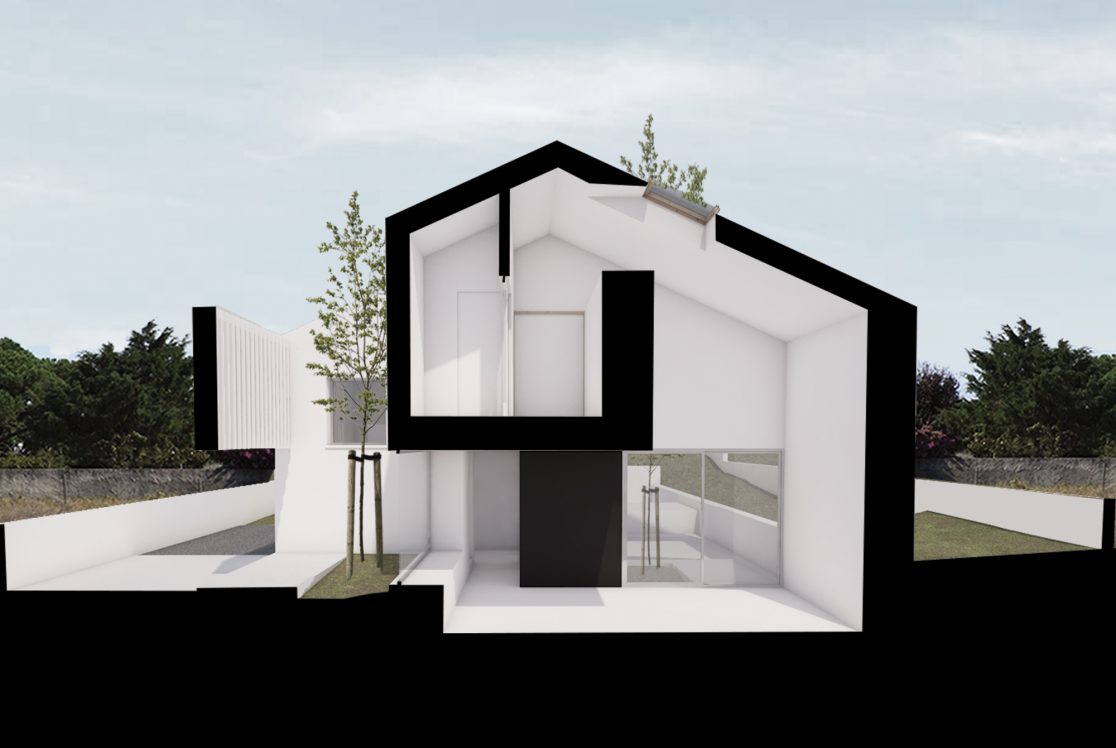 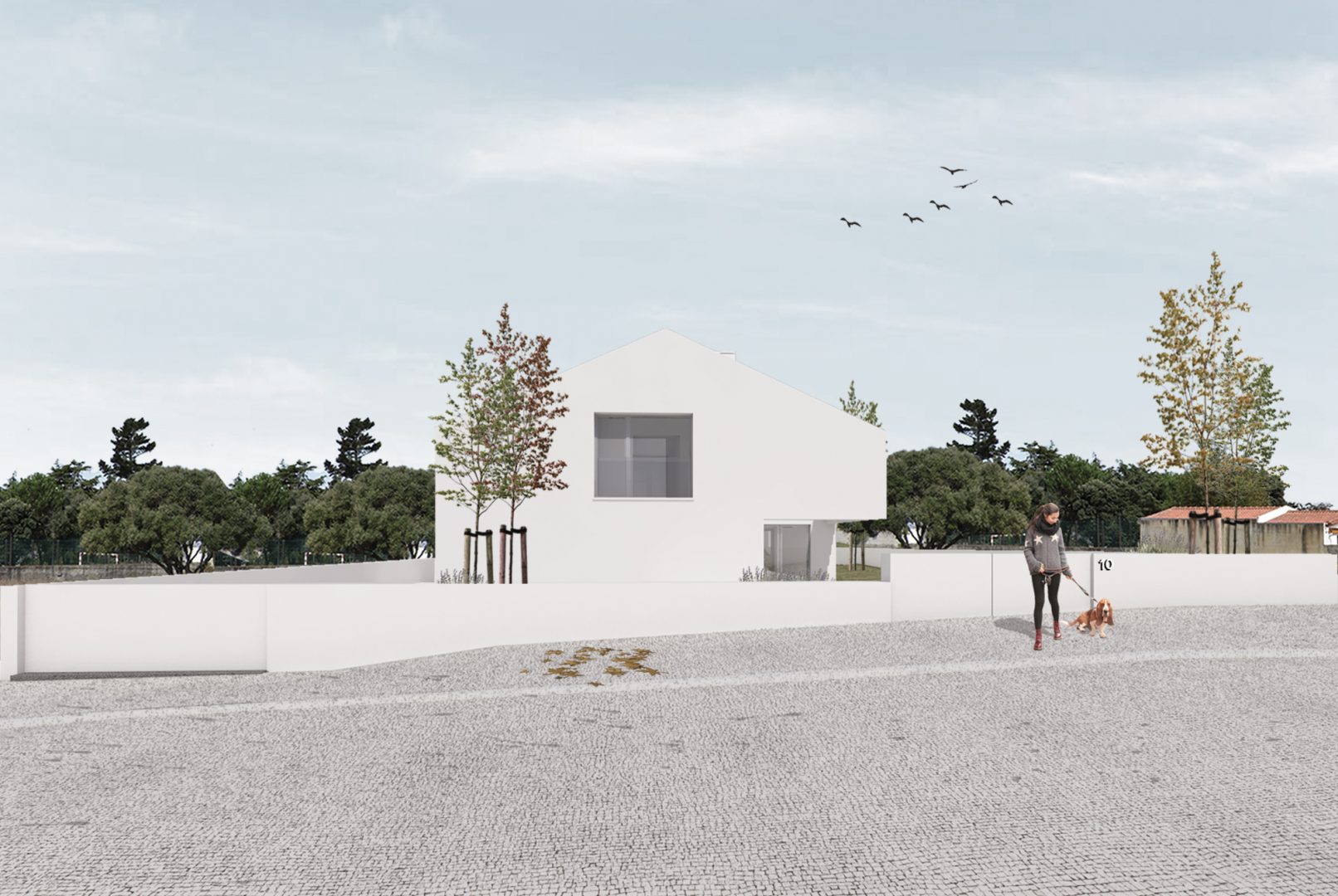